I fell in love with cinema at the age of 5 when I was mesmerised by Beau Geste, a swashbuckling adventure film starring Gary Cooper, who steals a family gem and flees with his two brothers to join the French Foreign Legion during WW1.

I started making short films as a kid and teenager then enrolled in film school and after graduation started writing and directing short films, many screened on TV, International Film Festivals all over the world winning awards.

Then I took the leap into writing feature films.

This is no small leap, the difference between writing 7- 20 minute short films and 90 minute to 2 hours is an intimidating one.

There are infinite possibilities for what direction you can take an idea which is overwhelming.

And the workload can induce fear that blocks and ultimately stops you writing.

I was excited by making movies and was passionate about my ideas so I ploughed through the fear.

But what I didn’t know is that I was writing myself into problems.

Before I knew it I was dedicating 2 years into writing each feature film and they were overly long, lacked focus and weren’t getting substantially better with each draft.

They were flat, lifeless and definitely not compelling.

And I know this because…

Producers passed on all of them.

I was stumbling though a forrest without direction and I didn’t even realise it.

Then I discovered there is a difference between writing events and dialogue and actually developing a story then writing a Screenplay.

What I learnt was…

I was going about it all wrong because I was missing a fundamental truth.

There are two parts to writing a script, well three, but I’ll get to the third in moment.

The first part is developing the story.

The second part is writing the script.

The reason this is a fundamental truth is because a film script is the expression of your story.

This was a breakthrough moment for me, and I’ve seen it in many writers and directors I’ve taught since.

But this breakthrough only solved half my problem.

The other problem was finding the time to write and managing the workload of turning my ideas into compelling scripts.

Rome wasn’t built in a day and I decided I needed to build my Screenplays one brick a day.

So I devised and honed a technique of developing a story then writing the Screenplay with a series of manageable steps one day at time.

Suddenly the early drafts of scripts were infinitely better and I was writing them 75% faster – I was no longer stumbling through the forrest for years on end – I had unearthed the map.

And that brings me to the third part of the process – once you’ve written a script you have to sell it or get it made.

To do this you need an agent who wants to represent you and a producer who wants to buy your Screenplays and has the means to make it.

The first script I wrote with my technique, a race against time thriller ‘Collar’, was optioned by a producer and got me an agent.

The next one ‘The Gypsy Heart’ (now ‘The Seduction’) got me my first paycheque as a feature film writer in the form of next draft development.

Now not every script will sell but there is a by product of a producer being engaged with your script. They can see your abilities, realise you have talent and will hire you to write on their other projects.

A great script is a great calling card. Or to quote Francis Ford Coppola “You can write your way into a career”.

I also work as a freelance director and there was another benefit from understanding story and script.

I had a set of diagnostic tools to analyse the Screenplays that were offered to me for their strengths and weaknesses and the best way to develop and prepare the scripts for production.

In short understanding story and Screenplays made me much better at working with writers and directing the films.

Now writers hate having their work needlessly meddled with but I’ve never worked with a writer that didn’t appreciate a director who genuinely wants to make the story the strongest it can be whilst maintaining the writers voice.

And the way to do that is understand what writers are doing.

Teaching, mentoring and script editing has made me realise everyone has a film bouncing around in their head and can use the power of their creativity to write a great script. They just needed the help of a simple structured process.

So my passion for film has expanded to helping people turn those ideas into great Screenplays that launch careers and make dreams come true.

So follow my 1-Step-A-Day Screenplay technique and you’ll write an original script that has an exciting and compelling story populated with complex characters that producers will love reading, directors will be begging to direct and actors will line up to play the characters you’ve written.

What writers have to say about David Amy Elizabeth Price

Writer/actress
Read More
I am so happy to have worked with David Willing on my first ever foray into screenwriting. The success of My Little Life would never have occurred without his mentoring and teaching. He taught me how to shape my story, provided valuable insight and techniques and most importantly helped me create an award-winning script which led to my film screening at the prestigious SCAD Savannah Film Festival this year. He is a priceless resource! Tony Lynch

Writer
Read More
I first worked with David as a student at his film course at CAE in 2010. I found him a very meticulous and patient teacher and within months I was able to get a screen play written using his courses format. David also helped me edit some of my later scripts. Whether you are a beginner or even had stuff published as a pro, I thoroughly recommend David with his extensive teaching and experience in the film and TV business. 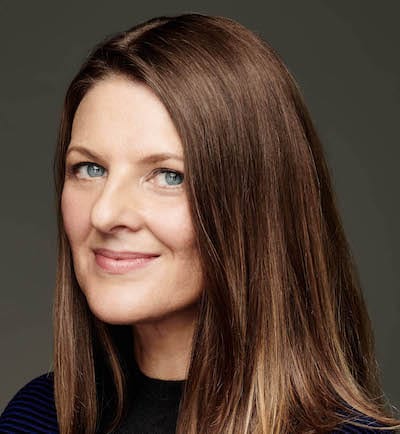 Heidi McKinnon

Writer
Read More
Not only was the Screenwriting course both fun and challenging but David’s direct feedback for improving my writing was invaluable. He has a calm and logical method of teaching that connected and inspired me. The course covered a lot of information, delivered in a concise way that was easy to absorb - David had obviously put a lot of thought and expertise into the course design. I can’t speak highly enough of this course! It’s given me excellent practical tools & more confidence to use in my every day writing practice.
Previous
Next